The way things are looking the boat and its crew are now history. She was to be returning home with battery problems but then there was a indication of an explosion detected somewhere in the last reported area she was in. Sounds like a possible hydrogen gas explosion on board that was detected. If so the fate of the crew is very bad. Hopefully the boat is found soon with the crew of 44 and some may have been able to make it. RIP crew.
Half Big Al + a little
Top

Those looking for more details on this situation can find more on TVA's page on Facebook.
Top

Sources are now saying the sub reported water incursion while snorkeling that got on the forward battery:

Water entered the snorkel of the Argentinian submarine ARA San Juan, causing its battery to short-circuit before it went missing on 15 November, a navy spokesman said on Monday as hope dwindled among some families of the 44-member crew.

The San Juan had only a seven-day oxygen supply when it lost contact, and a sudden noise was detected that the navy says could have been the implosion of the vessel. Ships with rescue equipment from countries including the United States and Russia were nonetheless rushing to join the search.
...
After contact with the San Juan was lost, the Vienna-based Comprehensive Nuclear Test-Ban Treaty Organization, an international body that runs a global network of listening posts designed to check for secret atomic blasts, detected a noise the navy said could have been the submarine’s implosion.

The search for the 65-meter (213ft) diesel-electric submarine is concentrated in an area some 430 km (267 miles) off Argentina’s southern coast. The effort includes ships and planes manned by 4,000 personnel from 13 countries, including Brazil, Chile and Great Britain.
MORE AT LINK
Top

I was reading more about the missing boat today. If the boat had an implosion it was possibly in about 10,000 feet of water depth. No way to get to her. Also as we lost the first women in space they had the first woman submariner on board as one of their officers. Just a sad way to go. RIP crew.
Half Big Al + a little
Top

Armada Argentina officially declares that the operation is a search and no longer a 'rescue'.

There has been a possible sighting of the San Juan in about 1500 feet of water. Underwater craft are going to be sent to the location to check if it is the missing boat and if so can they find out what caused it to implode.
Half Big Al + a little
Top 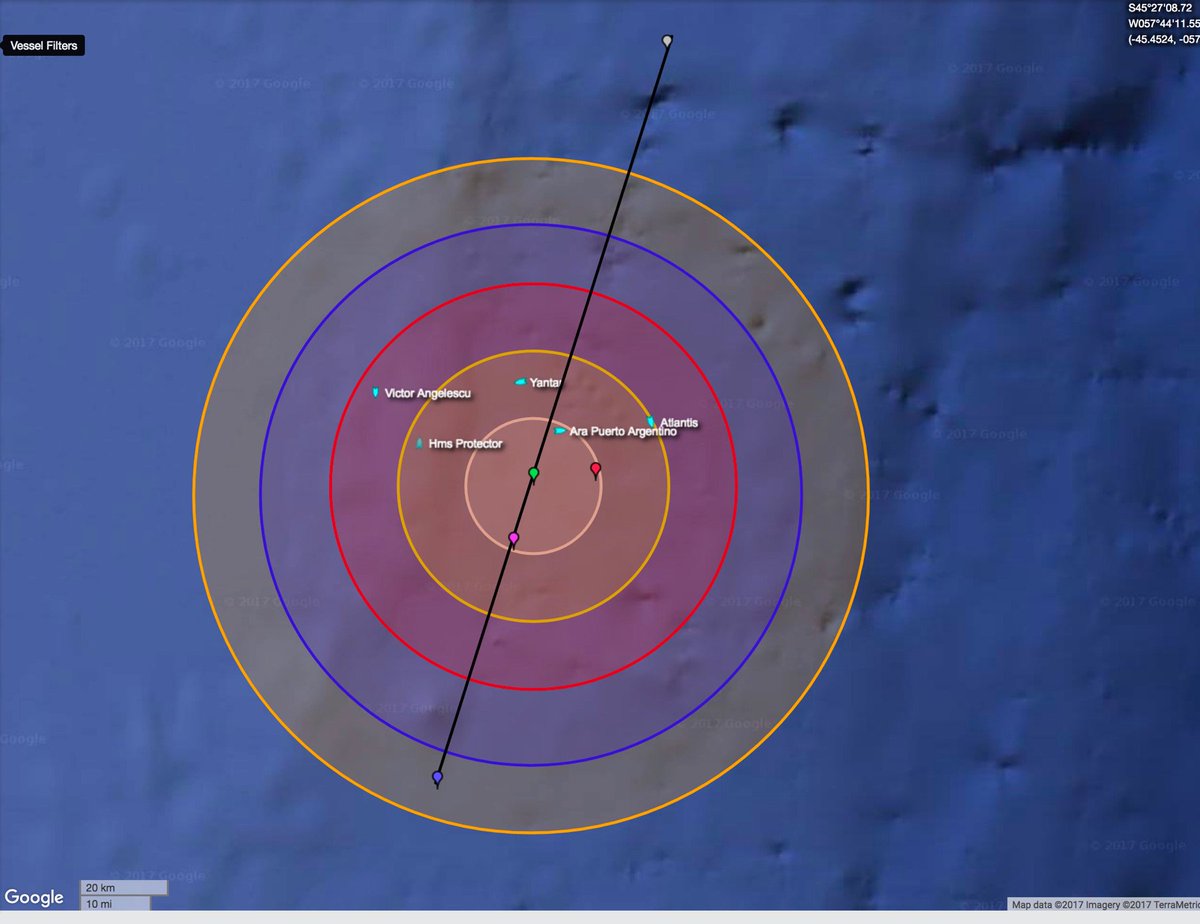 Love the carpet around the hatch! 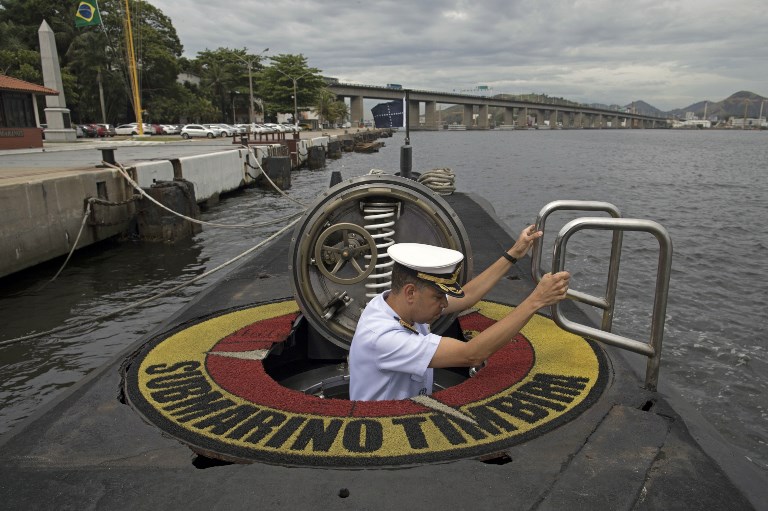 German submarines in the background of the memorial to German submariners at Kiel-Fjord with both German [left] and Argentinian flags [right] flying.

It has been reported that a new sighting has been located which could be the San Juan. Russia is sending its research vessel down for a closer look. Lets hope it is her and they can bring closer to the love ones who are waiting for some answers.
Top

There has been two more sightings below the water but because of stormy weather they are on hold till conditions greatly improve. There is hope that one of the three sightings will be San Juan. Lets hope one will be.
Top

US Navy ends its participation in search for ARA SAN JUAN:

A small team of military and civilian personnel will remain in Argentina until Jan. 2, when the last strategic lift assets depart the region, U.S. Naval Forces Southern Command and U.S. 4th Fleet spokesman Cmdr. Erik Reynolds told USNI News. Today will be the last day U.S. naval assets in the water participate in the ongoing search.

After San Juan was reported missing on Nov. 17, U.S. Southern Command joined the international search within 24 hours, according to a SOUTHCOM news release. R/V Atlantis, an oceanographic research ship under charter with the U.S. Navy’s Office of Naval Research, had been one of five ships still actively searching the waters where the Argentine Navy believes its submarine sank.

“At its height, U.S. contributions to the search and rescue effort included three advanced aircraft, over 200 search and rescue personnel, four submersibles, one specialized underwater rescue unit, one ship, and more than 400 sonar buoys dropped in support of the operation,” according to the news release.
“Additionally, the United States provided the most advanced sonar system in the world, which was mounted on Argentine search vessels. U.S. planning and analytical specialists supported the efforts through data analysis; an effort that will continue.”
MORE AT LINK
Top
Post Reply
15 posts • Page 1 of 1