Some "missing" sailors from USS TURNER might have been found buried in Long Island cemetery:

Explosion after explosion rocked the USS Turner — detonations so powerful that they broke windows in the buildings near New York’s harbor, more than a mile away.

A final and particularly violent explosion ripped the Gleaves-class destroyer in two. By 8:30 a.m. on Jan. 3, 1944 — less than two hours after the initial, internal explosion — the Turner was submerged in the Atlantic Ocean.

Other ships scrambled to pluck more than 150 survivors from frigid waters. But 136 sailors died that day, many trapped behind watertight doors while manning their battle stations, according to the Associated Press.

Officially, the bodies of the sailors killed on the USS Turner were never recovered. The Pentagon still considers them missing.

From the Facebook page of the Sub Base, New London: From John Newton, commanding officer of MARLANT and JTF for the RCN:

John Newton ‏@greatbigseas 4h4 hours ago
More life and death under the banner of a great nation: #Canada150 #FlagDay 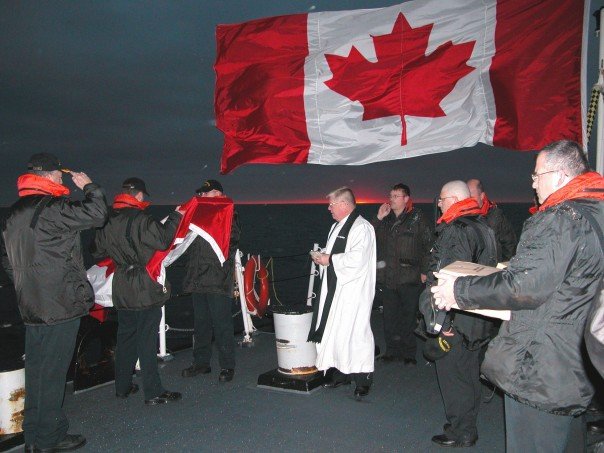 The Royal Canadian Navy considered giving a destroyer and supply ship to another nation instead of scrapping them, but had to nix the idea when it realized how costly it would be to remove hazardous materials from the vessels.

HMCS Protecteur and HMCS Algonquin, both decommissioned in 2015, were considered for donation, according to documents obtained by the Ottawa Citizen. But to move ahead with that plan would have required that the government spend more than $10 million on each vessel to remove all polychlorinated biphenyls, or PCBs.

Instead of spending the $20 million, the decision was made to send the vessels to the scrap heap.

Public Services and Procurement Canada has just put out a new request for bids for the disposal of the former HMCS Preserver, a supply ship, and the former CFAV Quest, a research ship used by the Department of National Defence. Those bids are required by April 26.
MORE AT LINK
Top

From the Gold Star bridge....

Here's the president of France being transferred onto submarine LE TERRIBLE [yes, that's really its name]: How can a country known for style make its sub crews wear reflective gear? 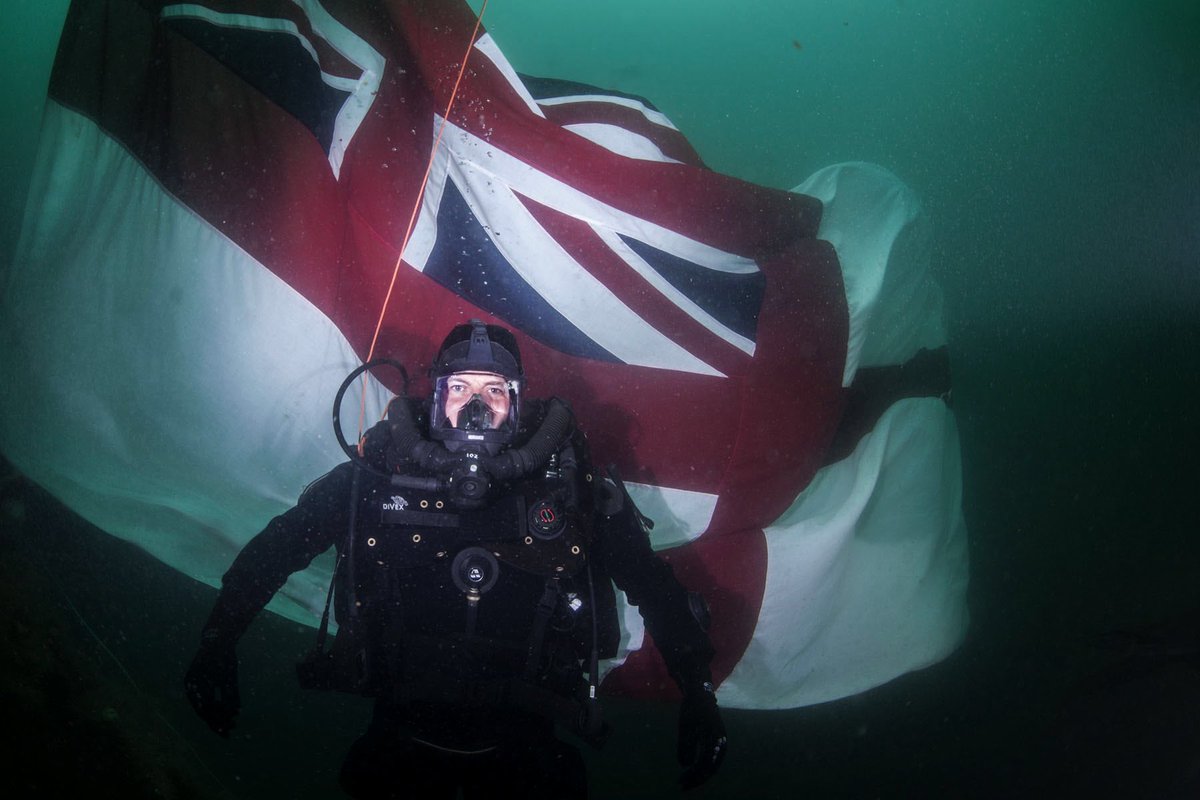 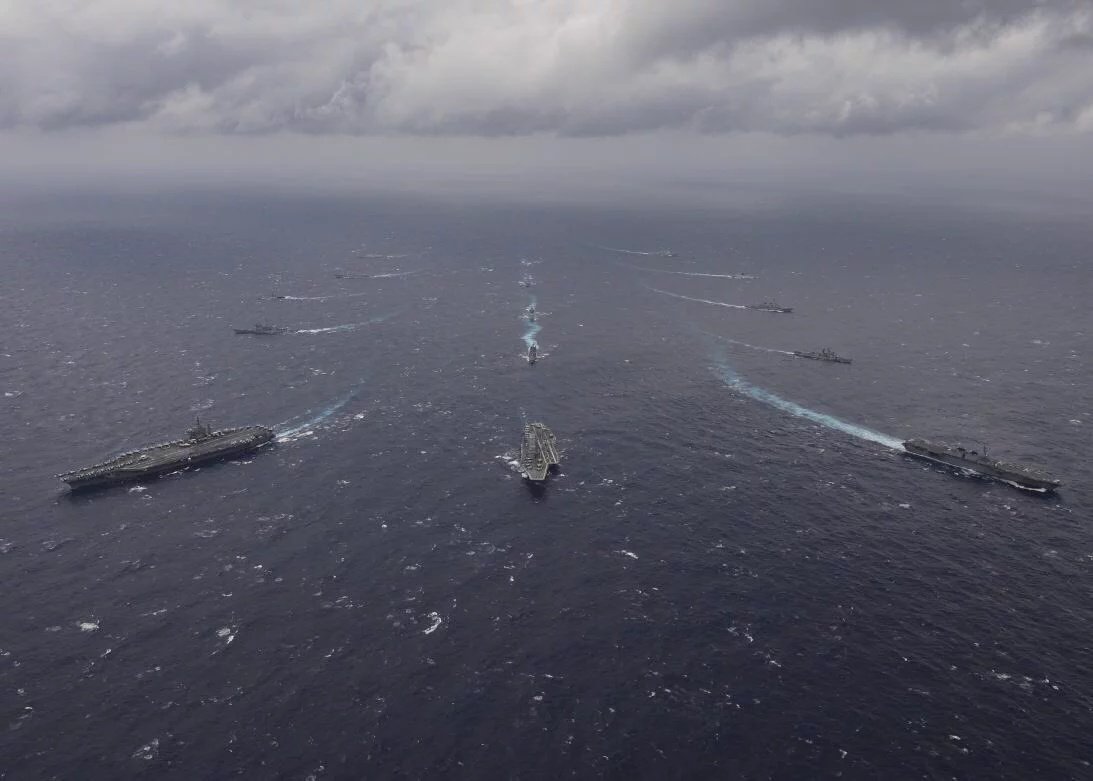 Commissioning of the carrier GERALD FORD generates this happy story about the ship and its sponsor: daughter Susan Ford and her commitment to the ship, its crew and its builders:

Susan Ford Bales has put her fingerprints on the aircraft carrier that bears her father's name, and she's done it the hard way.

Over the years, the former first daughter rolled up her sleeves and worked alongside skilled trades workers at Newport News Shipbuilding as the next-generation ship slowly took shape.

The Ford will be placed into commission Saturday at Naval Station Norfolk and Ford Bales, the ship's sponsor, will call the ship to life as sailors run on board.

For her, the commissioning is more than just a big day. It is the culmination of a yearslong commitment that has deeply touched her.

Last April, she broke down in tears during a change of command ceremony on the Ford when her friend, former commander John F. Meier — then a captain, now a rear admiral — relinquished the helm. She choked up again that day in addressing shipyard employees, calling them "my fellow shipbuilders."

Asked why she was attracted to the physical work in the shipyard, she replied, "That's what my dad would have done if he were alive. Having been a Navy man, he would have been involved."
...
"The one thing we can learn is working together," she said. "Democratic, Republican, whatever — we work together, and we need to do what is best for the country. As long as you put your country in front of you and make that your basis, I think you have a chance of good success. But you've got to work together. You've got to work together. And if not, we're not going to go anywhere."
...
But as his daughter pointed out, Ford wasn't only a president. He was a Navy man, having served on the light aircraft carrier USS Monterey during World War II. The ship saw several battles and survived a monstrous typhoon during Ford's tour. 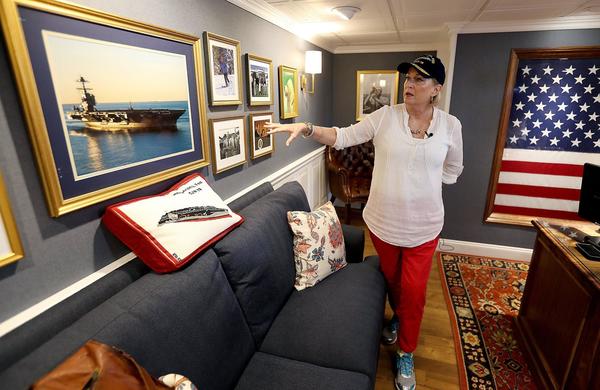 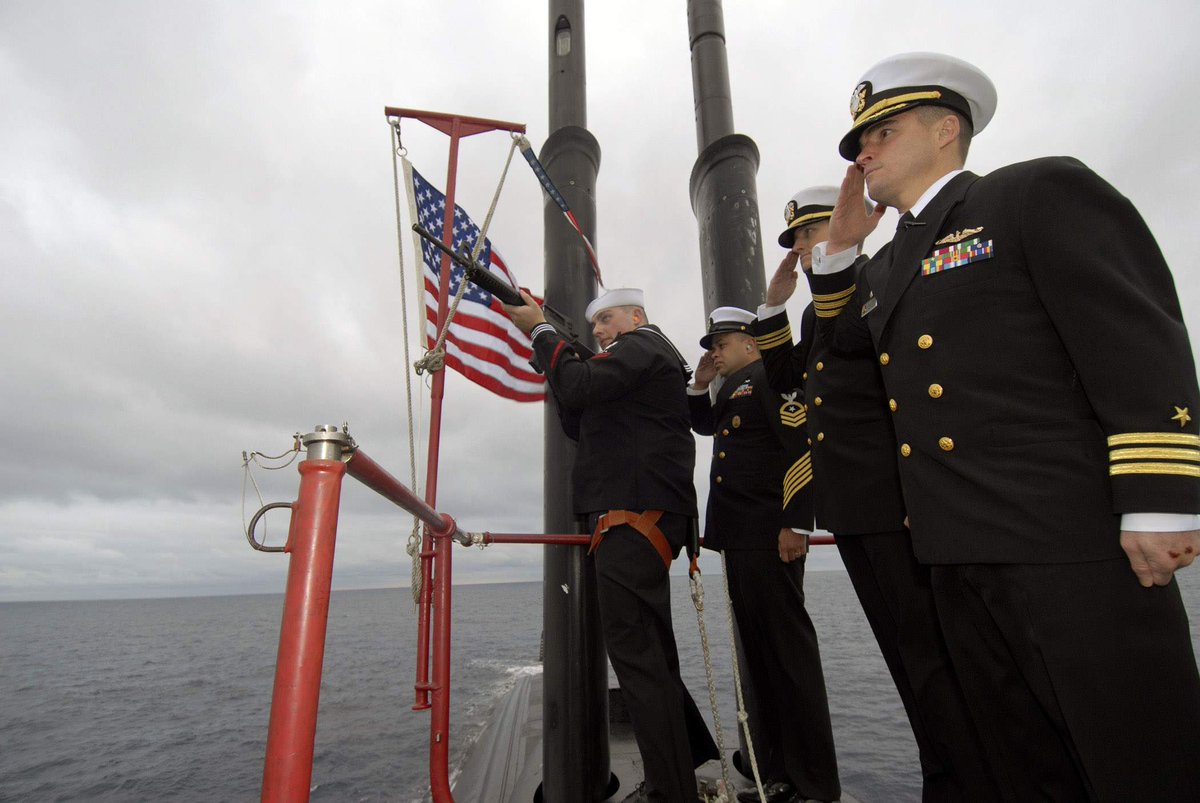