A terrific photograph of RAZORBACK from 1962:

Crystal Cruises finds SS UNITED STATES to be in sound condition, but too big a project for them, and cancels restoration plans.

How cool is this? Very!

NOAA explores the wrecks from the Battle of the Atlantic, off the North Carolina coast:

RN submarine, TARPON, lost in 1940 with 50 crewmembers, is found off the coast of Denmark.

...
This month divers reached the wreck and found open hatches, shattered glass in the periscope and severe destruction below the tower where it appeared to have been hit by a depth charge. There was also evidence of a battle, with two of its torpedo tubes empty. German naval records suggest the Tarpon had fired twice at a German merchant ship before being sunk in a devastating counterattack.
...
Sheila Summer, 77, from Merseyside, lost her father Reginald Kennold who was on board the Tarpon when it was sunk.

She told the Guardian: “It never crossed my mind that it would be found. It was thought-provoking to see the wreck on the bottom and to know my father had been in there.”
... 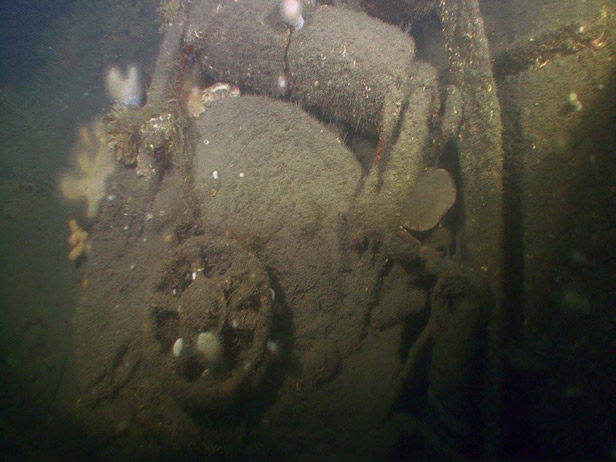 The Pacific Aviation Museum got "Swamp Ghost" back together again!

Use the 'Google' machine to find out more about Swamp Ghost. 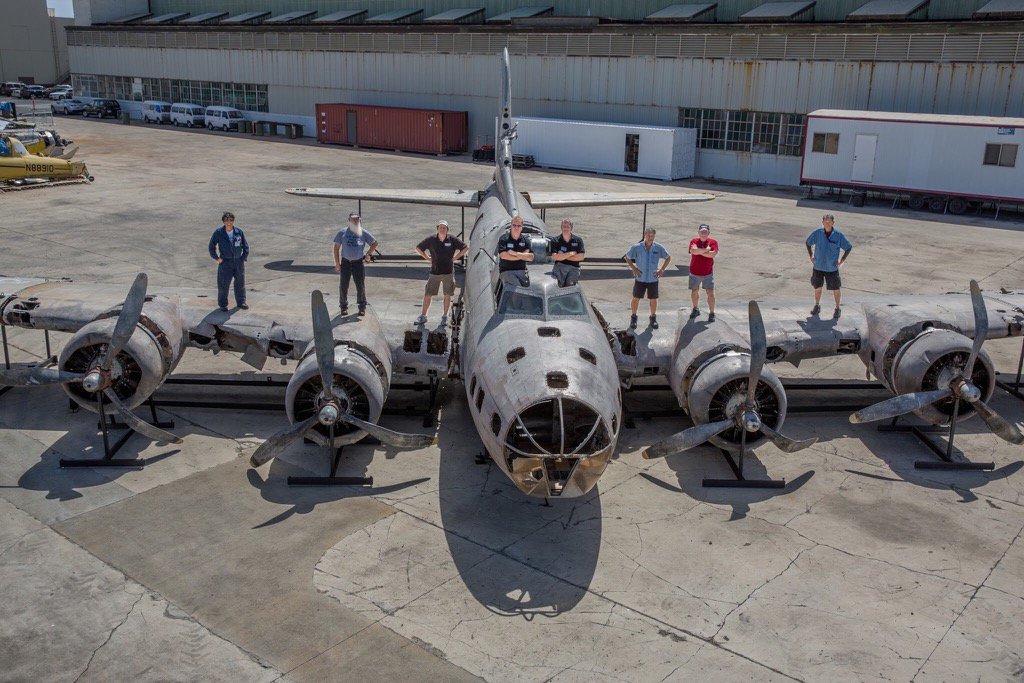 Sixteen of 24 wrecks from the Battle of Jutland have been vandalized for their scrap metal:

While the wreck of HMS Terror has historians hopeful for evidence of what led to the demise of the Franklin Expedition, Scottish researchers suggest accidents and injuries — not widespread illness — may have led to the disproportionate number of officers’ deaths.

The Terror, which was discovered in the Arctic Sept. 3, was one of two Royal Navy ships that set out in 1845 on the ill-fated quest led by Sir John Franklin to find the Northwest Passage. The other ship — HMS Erebus — was located in September 2014 in the Queen Maud Gulf, along the central Arctic coastline.

Medical factors such as tuberculosis, scurvy and lead poisoning have previously been suggested to explain the deaths of some of the 129 crew members who perished in the Arctic after their ships became trapped in thick ice.

But a University of Glasgow study says the deaths were probably a result of injuries sustained while officers were hunting for wild game on foot in a harsh climate over difficult terrain.

“It’s such a significant part of both Canadian and British history,” said Keith Millar, the lead researcher of the study.

“There’s quite a lot of uncertainty about the events that occurred around the time when the crews had to abandon their ships in 1848. The problem with the Franklin crews is they didn’t come back,” he said. “We know they all died, but we know so little so little objectively first-hand of what actually went on, particularly around that critical period, three years into the expedition when they had to leave the ships.”

TAMPA — At 71, the SS American Victory is in pretty good shape. But the cargo ship that saw service during World War II, Korea and Vietnam needs some of the upkeep required with age.

So with puffs of black smoke from the stacks of tugboats Endeavor and Suwanee River, American Victory — now a floating museum dedicated to maritime memories — was pulled from her mooring behind the Florida Aquarium earlier this month for a trip to Tampa Ship.

It would undergo water blasting, painting and other routine maintenance required by the Coast Guard twice every five years.

But first, the ship had to get there.
MORE AT LINK
Top

Pssst - a quick peek at some of PAMPANITO'S most private parts:

Actic explorer, Roald Amundsen's ship is raised and will be ferried back to Norway: 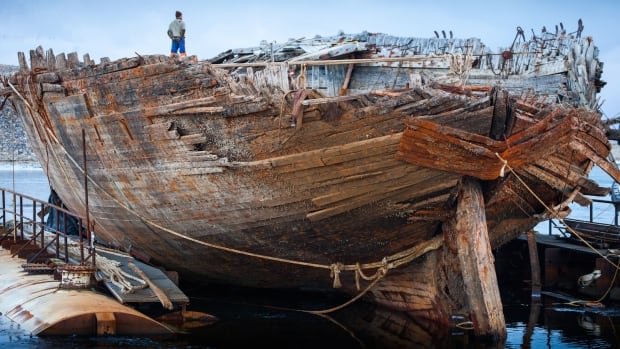 The deck after cleaning: 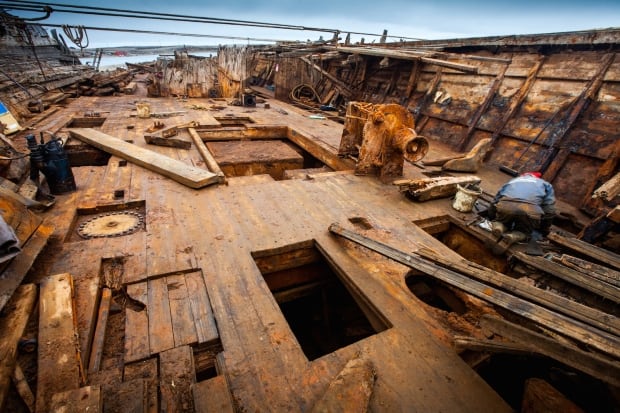